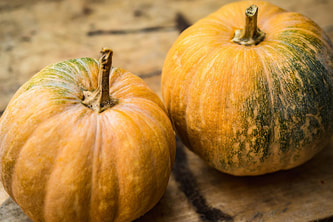 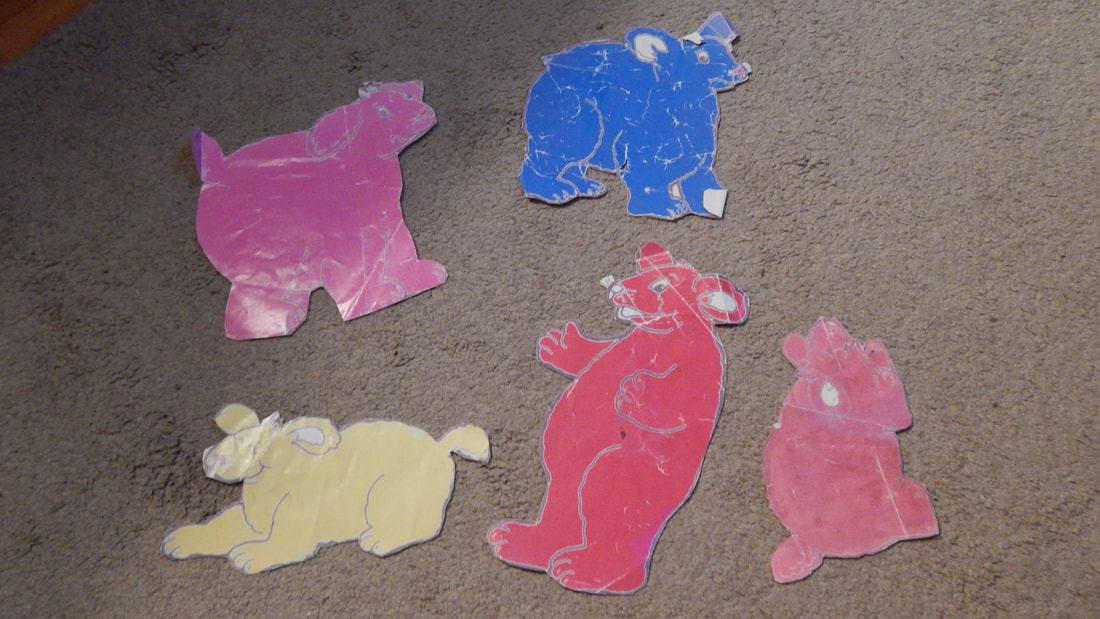 
This was a fun halloween story that the children enjoyed hearing over and over again.
I colored each one in a different color than cut out and laminated  each beast. 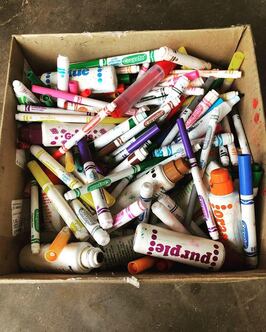 5 pounds of dead markers that will not end up in Maui’s landfill or ocean. Did you know that Crayola has a program called ColorCycle? If you collect the dead markers, they’ll send you a free shipping label and you can ship them back to Crayola to be recycled! My kids found out about this and were so excited to set up boxes at their schools. These markers were collected in just 3 months at my son’s preschool! Imagine what we could divert from landfills during the whole school year at every school! The only problem is, that right now they don’t pay for free shipping in Hawaii or Alaska, so I’m paying the shipping out of my own pocket but it’s totally worth it to not ever find these markers on our beaches!